Skip to Content
Home Blog Inspirational What love needs to bloom, Part 1
by 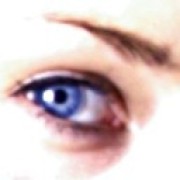 In the dentist office, where I’m there long enough to watch the movie Kung Fu Panda, twice through in its entirety, I am kept company by a young black girl with a silver pompomped hat upon her head who hops, nearly the entire time. At first, I think she is just an antsy bouncy child, and give my attention to Po, the panda who is trying to learn to harness his qi. But when I look more closely at what she is doing I see she is practicing hopping on one foot. She isn’t very skilled at it so, at first she can only get a single hop on a foot before she needs to bring the other one down as a stabilizer. Then she hops on that one, and so on. I can see how I could confuse her deliberate practicing of a new skill for just being bouncy.  The early part of a new endeavor is so necessarily chaotic and unformed that it’s easy to confuse for a mess of some sorts.  I find my ability to recognize, enjoy and encourage in others the early baby steps of a new stepping out, to be about as atrophied as it is towards myself.

Towards the end of the first run of the film, she got down her double hop.  I know it was the first time she’d pulled it off because her whole energy shifted, a kind of radiant glee permeated the hopping – up to that point she’s been hoping that she could do it, now she knew she could, she knew she could get better and better, more allowing and her glee arose out of the quiet assuredness that she would be able to play as she wished, that she could set a mark and achieve it.

Earlier that morning I’d sat in a friend’s apartment by a creek, curled up on the couch, with markers in our hands, side by side, going through a print out of quotes from a specific metaphysical teacher all relating to relationships through the ages.  I had recently gone through a break up, with a tender bean of a human, that felt hauntingly familiar, unreal, as if I were a ghost in a groundhog’s day reel.  As it was happening I sensed I was somehow asleep in this area, but the momentum of the break apart was so strong it was easier to just let it play itself out. While it did I recognized a primal hunger for a truer understanding of relational dynamics that accomodated elements of being human that I rarely heard tell of in other marriage stories, especially and this was shocking, especially my own marriage dreams and narratives.

I began to long for the easy shared understanding of the innate trajectory of existence, one that begins somewhere and goes to moreness, and the moreness is inspired by contrast, or by us not getting what we want and then moving our energy, however we do it, to be in accord with the moreness.

In so many marriages that beautiful INNATE TO HUMAN EXISTENCE trajectory of Becoming Ever More is often catastrophically hidden, a series of shocking landmines the couple will stumble into, accidentally, blowing up some cherished personal narrative of themselves or each other, feeling betrayed by the sudden revelation, “why didn’t you just tell me?  Why are you hiding this part of yourself from me, from us?”  And the person, who just became more, quietly marvels, “Gosh, I’m not sure. This part of me is just coming online, I am just now at a level of allowing and vibrational steadiness that can accommodate even acknowledging this portion of me, that’s been twinkling, beckoning, but that I never had the wherewithal to accept and invite to the feast of my life.”

This began to crack open for me when my partner at the time got clear that he wanted to have a baby of his own with me.  Running up to this point of clarity about himself and what he wished to share with me, he became anxious and insular, privately at war with the emergence of a desire that he had shoved down so long.  This manifested as a kind of insecure anxious hum in our relationship that I found vibrationally repulsive. His judging of his own innate desires mirrored my own so comprehensively that I found it easier to recoil against him than to quietly acknowledge that, for decades, I had found it easier to keep heading towards a counterfeit (to me) relational paradigm rather than sit the fork down and do some deep work to have a series of tea dates with my innate desires that have grown and expanded by the very life I have lived, by the relationships I have played in.

For some time now, I’ve been tracking a kind of low running rejecting of the emergence of new desires.  People have a wobbly and haphazard confidence in their own ability to create and allow their lives to be as they truly wish them to be.  So the ceaseless flowing of fresh desires pouring in can be terrifying to someone who feels like they don’t even get paddling yet and are still bruised and frightened by how many times their kayak keeps tipping in that river, so instead of really focusing on getting better at staying afloat on the river, they begin to try to quell, minimize and truncate their desires to be more “reasonable” more “doable” and in this single move, they begin to leave behind themselves, the Source portion of them that is LITERALLY flowing into the creation of whatever their dream is and beckoning that person, in their manifested human form to go towards and allow the dream.

That beckoning is SO IMPORTANT because it’s wooing the person to become a human match for their vibrational dreams, to use the fodder of their own existence to bloom into reality something new, something that will inspire moreness in others, something innately valuable and beautiful. The dream itself is vibrationally tuning the dreamer to become vibrationally capable of satisfyingly engaging the dream, of living it with joy and gratitude.  When people mistakenly believe they can truncate or ignore a desire they are misunderstanding that a desire is simply a portion of them calling them upwards into the moreness in a specific way.  The same type of specificity that we were seeking when we chose to manifest into physical form. The specific ask that a desire presents to us, as deliberate creators, as merged beings with Source energy flow through and to us, is something I realized that the little girl in the dentist office was a complete master of.

She wanted to hop. She wanted to learn to hop. She didn’t judge the desire, or to try to compare it against other people’s desires, or to wrangle it into some rigid mental blueprint for who she should be and whether hopping really fits into it or not. Instead she just started trying to hop. In public, without explanation, even without consideration of any other perspective. She wasn’t susceptible to getting lost in having a 1000 useless conversations with others because she was all the way present with the single essential conversation, the one where she fully listened to and chatted with her own desire as it emerged, as it became a boat into the infinite moreness, that innately knows she really is.

As I turn towards my own relational hopping I feel shy and private. Haven’t I been trying to hop for so long? How many dramatic break ups have my family and community been through? How embarrassing.  I realize now those break ups were really me breaking up with my own willingness to stay in honest dialogue with my innate self as it emerged in its e’er perfect form.  And a reflection of my unwillingness to value in my partners the same desires emerging!  I’d never dreamed forward a relationship wise and big in that way, where deliberate creators greet and nurture and revel in the innate dance of moreness.

I bolster myself by imagining I have a silver pompom-ed hat upon my head. And that I am trying to do something simple.  Love is as simple has hopping.   I imagine how she didn’t let herself get discouraged during those early moments when she had to bring her other foot down so quickly it could barely be considered a hop. But she did! She savored that early precious precious momentum purely enough to allow it to snowball into bigger, more obvious momentum.

My first hop is to set aside some clear sweet time to chat and listen with desires I have unwittingly been trying to change, truncate because they are different from the rigid, “get married to a man, live together… um, be happy?”  The vagueness is an indicator of how little real attention I have given to this dialogue. I have lived in intentional community and extended family for 2 decades, where does that fit in? How would I like it to fit in?  What about the part of me that is a channel and helper, who is ALWAYS evolving and playing on the leading edge and is willing to overturn paradigms that once served but no longer do? What would it feel like to have grace and fluency and shared gladness in the becominginess? To have a relationship that celebrates all the pieces we know and all the ones we do not yet?

I talk to the little girl in me who is learning to hop in this area… those are 3 hop considerations. Right now, just get one hop. Good!  Good! Now another.  Don’t try to be the best hopper. Don’t think about who is watching, just hop, beautiful darling, just hop.

Liked it? Take a second to support nmkinsey on Patreon!

The Gladcast has a Patreon!